Creation of a Wetland in North Norfolk

Creation of a Wetland in North Norfolk

Plandescil Ltd. was instructed to assist on the hydraulic modelling for the creation of a freshwater wetland habitat in excess of 70 hectares on the North Norfolk coast. The wetland was to be created through the installation of a series of weirs, sluices, non-return valves, bunding and earth dams across the extensive ditch network that was present.

The aim of the modelling was to determine whether the proposed structures would be sufficient to maintain the required water levels within the fields proposed for flooding and to assess whether the development would increase the flood risk to adjacent sites.

We initially prepared a hydraulic model using Flood Modeller Pro (formerly ISIS 2D) to understand the response to the site and surroundings during the 1 in 100 year rainfall event. Through developing a series of simulations, we were able to establish the locations that would require additional attention to prevent off-site flooding.  The requirement for additional structures was then discussed with the project team and incorporated into the proposal.

The wetland discharges to a tidal flat valve, therefore it was necessary to determine whether, during a tidal storm surge when a tidal lock of the valve would occur, if sufficient storage was available for the entire duration within the wetland.  The simulations confirmed that during a tidal lock combined with an extreme rainfall event, there would not be an increase in the amount of flooding in the surrounding area.

Click an image below to view a larger version. 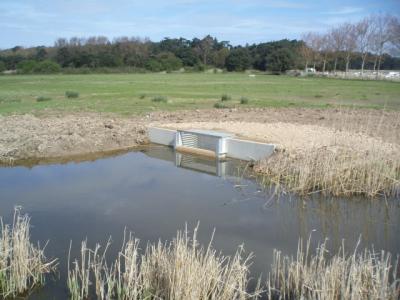 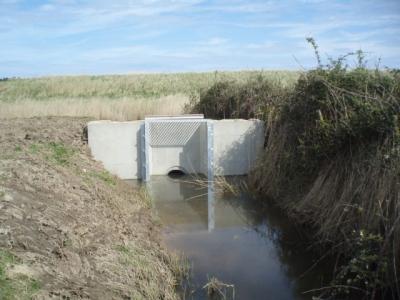 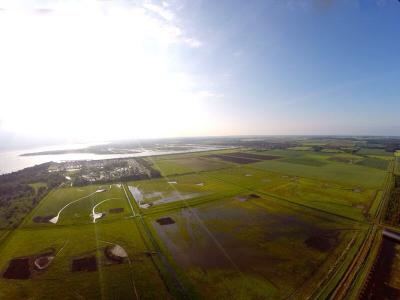 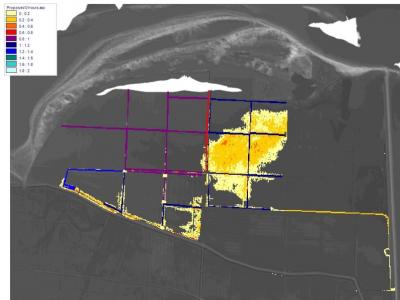